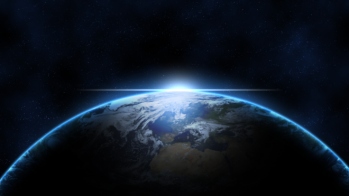 The Incarnation is the ultimate miracle of the Christian faith. Every other miracle recorded in the Bible either prepared for it or amplified it or resulted from it-the Master of all miracles in which God, in Jesus, put on human flesh, hands, a mouth, nose, eyes, ears and feet. He had sinew, vital organs and blood!!! He took on all the attributes of humanity in its entirety because that was the only way He could save mankind. He became man at a time in history when imperial powers had perfected the ultimate form of torturous death by crucifixion. But He did it all perfectly because He is God. The only way we can share God’s dying is unless He dies (C.S. Lewis). But He cannot die unless He takes upon Himself a mortal form. How else would He qualify to be the propitiation for our sins except by dying on the cross and suffering what He did not need to suffer for our sake? That is why our imitation of God must be our imitation of God Incarnate because Jesus is the model of every believer-Jesus not only as we see Him at Calvary or during his post-mortem resurrection appearances, but as a humble worker in a carpenter’s workshop; as He walked the dusty roads of Palestine, rubbing shoulders with sweaty crowds, attending to their incessant demands, dealing with religious leaders’ opposition and jealousy, and being devoid of solitude or privacy. This was the Divine life being lived in human flesh. This is our example, our ultimate Model. The Incarnation is the ontic referent from which the spirituality of the believer derives its meaning.

Is God a Male Chauvinist?

A common objection against the God of the Bible is that He is a male chauvinist. Leviticus 12: 2-5 is one of the Scriptures objectors cite, in which God commanded Israel that “If a woman has conceived, and borne a male child, then she shall be unclean seven days; as in the days of her customary impurity she shall be unclean… And she shall then continue in the blood of her purifying three and thirty days; she shall touch no hallowed thing, nor come into the sanctuary, until the days of her purifying be fulfilled. But if she bear a maid child, then she shall be unclean two weeks, as in her separation: and she shall continue in the blood of her purifying threescore and six days.” Notice that God did not say the woman would be dirty during this time. He said “unclean.” Tumah in Hebrew is unclean, but its best English translation is actually similar to the word “taboo” or “off limits,” Why would God call what He had created dirty or sinful such as the monthly menstrual cycle or childbirth when, at the end of the creation process Scripture says He looked at all He had created and said it was very good?
After the Fall of Man, sin pervaded human nature to such an extent that in ancient Israel (an in other nations) women had no rights and were at the mercy of their male counterparts.
During pregnancy and childbirth, a woman’s body undergoes drastic physiological and psychological metamorphosis. Loads of hormones are secreted to prepare the body for the changes of pregnancy and childbirth. Significant modifications to the immune system take place due to increased levels of cortisol. Pregnancy can increase women’s susceptibility to disease. The immune system changes during pregnancy to protect both the mother and the baby. But after giving birth the immune system can be weakened by varied factors that include loss of blood during delivery, exertion from both the delivery process and from sleepless nights of caring for a newborn. After the work of giving birth is done, the stress on the mother only increases. Her body, which has been through incredible challenges still faces the task of caring for the newborn baby. Her body also has to provide the resources for accomplishing this stressful transition from pregnant woman to new mother. This taxes the immune system.
In modern times, physicians advise new mothers to rest for a minimum of 3 days to regain their strength. The isolation instructions found in Leviticus 12: 2-5 gave women living in an agrarian community that was characterized by manual labor the much needed resting period to regain their strength. God created the human body. He understands the toll it takes on the human body to carry a fellow human being for almost one year, and then push them out into the world. In an age when people did not know about infection or germs, God gave instructions to isolate the new mother from the rest of the community in order to protect her from disease including puerperal fever, which was discovered about 3,000 years later by an Austrian physician known as Ignaz Semmelweis. Isolation gave her exemption from cooking and other forms of physical labor. She was also protected from possible sexual demands from her husband before her body fully recovered. A midwife took care of her food and nursing needs. During her purification period which lasted between 33 to 66 days depending on the gender of her baby, the new mother continued to avoid contact with crowds from which she and the baby could easily come into contact with deadly pathogens at a time when there were not clinics or hospitals. Does that sound chauvinistic? The most dangerous thing is to give an opinion about something we know so little about.

To read further about how God cares for the general health of human beings, get a copy of The Perfect Prescription from: http://www.wmturls.com/pp